The recent death of Mikhail Gorbachev, the last leader of the Soviet Union, revived interest in his legacy. Praised by the West for his reforms and role in bringing the cold war to an end, in Russia he is often seen as responsible for the collapse of the Soviet Union, an event described by Vladimir Putin as “the greatest geopolitical catastrophe of the century.”

Gorbachev received the Western accolade of the Nobel Peace Prize in 1990. Less than a year later, in August, 1991, a group of senior Communist Party and government officials launched a coup d’état to depose him. Gorbachev might have forestalled that attempt if he had taken more seriously information that the U.S. government had passed to him two months earlier.

In his authoritative book Autopsy on an Empire, then-U.S. Ambassador to the Soviet Union Jack Matlock recounts that on June 20, 1991, Moscow Mayor Gavril Popov handed him a note stating that plans were underway for a coup to depose Gorbachev and that Russian President Boris Yeltsin, then in the United States and scheduled to meet President Bush, needed to be informed. Matlock immediately had the information transmitted to Washington for the eyes of a very limited group of senior officials, including President Bush. Later that day, the State Department instructed him to pass the information directly to Gorbachev as a message from the President. Matlock took the unusual step of requesting an urgent, private meeting with the Soviet General Secretary and saw him later that day.

Matlock told Gorbachev that the U.S. had received a report, unconfirmed, but more than just rumor, of an effort underway to remove him from office. Gorbachev thanked him for this indication of Bush’s support, but assured him that there was no cause for worry, that he had everything well in hand. Gorbachev appears to have believed that the U.S. concern had to do with an effort by his Prime Minister, Valentin Pavlov, to persuade the Soviet legislature to grant him certain extraordinary powers. Gorbachev quashed that effort the following day, but did not remove Pavlov or the other highly-placed supporters of the effort.

Those of us at the embassy could not be certain about the accuracy of the report, but my colleagues and I in the political section deemed it plausible in light of the independence movements springing up in Soviet republics throughout the country and the economic disintegration we were witnessing daily. As political counselor, I was already focused on such a possibility, having drafted reports to Washington during the past year suggesting that both Gorbachev’s and the Soviet Union’s days might be numbered.

Less than two months later, early on the morning of August 19, I was awakened by a phone call telling me that Soviet media outlets were reporting that Gorbachev had been taken ill while on vacation in the Crimea and that a Committee of National Salvation had been set up to run the country in his absence. The predicted coup had occurred, and it bore a striking resemblance to the ouster of a previous General Secretary, Nikita Khrushchev, decades earlier. The perpetrators included those Mayor Popov had named in June, those who had led the effort to increase the Prime Minister’s powers. The stakes were high—no less than the future of Soviet reform and the U.S.-Soviet relationship. Our embassy had to recommend a course of action to Washington, where the initial reaction seemed to be to treat this as a done deal. Matlock had departed Moscow as scheduled earlier in August; Jim Collins now headed the embassy as Chargé d’Affaires.

I quickly drafted, and Jim approved, a cable to the State Department saying that the coup attempt could collapse if two conditions were met: substantial public resistance and uncertainty among the coup leaders that the military would obey orders to crush the resistance. We recommended no contact with the Committee or those supporting it; this became U.S. policy.

Later that day, Jim and I met with the Russian Foreign Minister, at his request. Driving across the street to the Russian republic’s seat of government, the “White House”, with American flags flying from the embassy’s official vehicle, we saw cheering crowds of Moscow residents rallying under Russian President Boris Yeltsin to resist the coup. The substance of our meeting with the Russian Foreign Minister was less important than the fact of its occurrence and the visibility our embassy vehicle had given it. The crowds outside the White House understood what it meant, as did the self-styled Committee of National Salvation. Despite the collapse of the coup two days later, Gorbachev returned to Moscow essentially a figurehead (although he did not at once recognize that) presiding over a moribund Soviet Union, to which Yeltsin delivered the coup de grâce in December.

The man and his legacy continue to be viewed very differently in the West than in his own country. A large part of that is because of two of his defining character traits—hubris and humanism. This combination of traits led him to historic steps to reform both the international system and his own country; it also led him to overestimate his ability to control the forces that his reform program had unleashed. He believed that he could not be replaced and that he was irreplaceable. History has shown that he was wrong in the first belief. The verdict on the second is not the same in Moscow or Tomsk as it is in Washington or Peoria.

To the bewilderment of many in the West, public opinion polls have consistently shown Gorbachev to be the least respected of Soviet leaders, and less respected than any of the Czars mentioned in the polls. Russians respect Stalin, Khrushchev, Brezhnev and, of course, Putin more. Only Yeltsin approaches Gorbachev in lack of respect. The reasons for this lie in Russian political culture. Americans distrust power and expect authority to be divided and shared. Russians respect power and expect authority to be concentrated.

These differences have deep roots. The concept of the good Czar, at least until Bloody Sunday in 1905 (when unarmed workers and their families were fired upon while marching to the Winter Palace to present their grievances to Czar Nicholas II), shaped the average Russian’s view of the country’s leadership. The Czar might be misled by the corrupt and venal bureaucracy, but he (or she) would act for the good of all if he correctly understood the situation. Yet, the Czar was impossibly distant. Whence, then, came the peasant or serf’s conception of how he should rule? For most of its history, Russia was an overwhelmingly agricultural peasant/serf society in which there was, in fact, a model close at home: the master, or хозяин, of the domain on which the serf lived and worked.

From Gogol’s Dead Souls to Chekhov’s The Cherry Orchard, great 19th century Russian authors created portraits of a collapsing ruling class, a set of masters providing case studies in how not to rule. The greedy and unscrupulous masters are the real dead souls of Gogol’s novel, scheming to sell their registered, but deceased, serfs to a visiting con man who has a scheme to enrich himself on the deal. The хозяины of Chekhov’s Cherry Orchard are weak, disengaged, directionless and in denial, unable to give up their orchard, but incapable of making the decisions that might save it. In the end, they lose it and must leave the land, pursued by the echo of axes falling on the orchard and, symbolically, on their own heads. This outcome devastated them no doubt, but perhaps we should also spare a thought for their unseen peasants, who no doubt fared far worse in this scenario than did the masters.

We can reasonably infer the characteristics of the good master from the many bad ones portrayed in Russian literature. Fundamentally, a good master takes care of his domain and, in so doing, takes care of those living on it. He is firm, engaged, knowledgeable, giving direction and expecting obedience. He does not need to be kind. It would be good that he were not harsh, but better harsh than weak. A peasant may be able to deflect harshness with obeisance, but cannot escape the impact on his life of the master’s weakness.

There is a Russian saying: “The master sets the rules.” The meaning of this is ambiguous in English. It can be antagonistic (meaning that is not the way it should be), fatalistic (that is the way it must be), or normative (that is the way it should be). The deep and simple Orthodoxy of the Russian peasant must have led generally to the fatalistic or the normative. But we also know that, more rarely, in times of troubles the peasants could resort to pitchforks and torches.

Does the standard of the ideal хозяин, as reflected in the good Czar, tell us anything about Russian views toward their recent leaders? I believe it can. Deep cultural traits change slowly. The echoes of slavery still reverberate loudly through American society. It would not be surprising if the master/serf relationship continued to influence aspects of the far more tradition-based Russian political culture. Seen from this perspective, neither Gorbachev nor Yeltsin was a good steward of his lands. Gorbachev, engaged but weak (for so his humanism is viewed in Russia), failed in his exercise of power, and allowed himself to be overthrown and his country to be broken up. Yeltsin, disengaged and dissolute, won the power struggle with his rival, but only by overseeing his country’s division. Most Russians consider the two responsible for the economic depression, corruption, criminality and international embarrassment that characterized the chaotic time of troubles that was, for Russians, the 1990s.

Authoritarian leaders from Putin to Xi Jinping to Mohammed bin Salman have drawn from Gorbachev’s years as leader of the Soviet Union the lesson that economic reform and political reform cannot be allowed to go hand in hand. On the contrary, economic reform, however essential, is dangerous and must not be allowed to spread into the political arena. Whether or not history will validate that lesson remains unknown. But it is clear that Gorbachev remains a prophet without honor in his own country and in much of the non-Western world.

Looking back on my experience at Embassy Moscow that summer of 1991, I wish that Gorbachev’s hubris had not kept him from acting more decisively on the information we provided him. While I am not certain that the outcome would ultimately have been different, I would like to have seen him have more time to pursue a reform process that, while inevitably disorderly, might finally have won through to the more humane society that he envisioned. All in all, he was a decent human being who did his best, and also a tragic figure laid low by both his flaws and, ironically, his nobility. 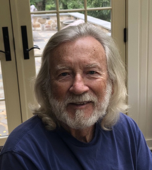 Raymond Smith spent more than 30 years at the State Department, retiring from the Senior Foreign Service as a Minister Counselor and then serving as a senior advisor to the Department’s Nonproliferation and Disarmament Fund. He spent six years at the U.S. embassy in Moscow, serving as political counselor from 1988-91, a period that included stints as Acting Deputy Chief of Mission and Chargé d’Affaires. He has a doctorate in international relations from Northwestern University and has authored two books, Negotiating with the Soviets and The Craft of Political Analysis for Diplomats, as well as numerous articles.