Watching Ukrainians bravely risk life and limb for their country, I’m reminded of what I saw during assignments as a diplomat in Poland and Romania. For more than four decades after World War II, those countries—and the others of Eastern Europe—were governed mainly by Soviet puppets. I recall friends tapping their shoulders to mock the epaulettes of collaborators playing for the other side.

These were oppressed lands then. Political rights were scant, and stagnant economies made regime claims of a socialist paradise transparent nonsense. The government had long since lost the respect of the governed, what Chinese call the mandate of the people.

U.S. policy in those days was to try to keep hope alive by quietly encouraging those opposed to the communist regime and using the leverage we had to help them gain greater space to operate. For example, our diplomats sought to identify independent-minded leaders to include in our Fulbright, International Visitor, and other exchange programs. We chipped away at the regime’s information monopoly through short-wave radio, personal contact, and distribution of uncensored material such as bootleg copies of Newsweek. And we appeared at events like the annual opening of the academic year at the Catholic University of Lublin, then the only independent institution of higher learning in Eastern Europe.

For the East Europeans, their years of non-violent but widespread and creative resistance finally paid off when the Berlin Wall fell in 1989. General euphoria followed. Free at last! But the morning after, the question became, now what? How to hold on to the dearly bought freedom and build prosperous, safe, countries?

The people of the region decided that the answers lay in joining NATO and the European Union. The United States and other Western countries said yes, the welcome mat was out, but only if the aspirants met strict conditions, which included democratic and economic reforms and the prior settlement of any outstanding border disputes. The East Europeans met the challenge, they made the changes, and the West delivered on its end of the bargain.
Today, Ukrainians, like Poles and Romanians and the other nations of Eastern Europe, are telling us in the sharpest possible terms that they, too, want to govern themselves and don’t require Moscow’s “help.”

Vladimir Putin does not get it. Unlike his Nobel Prize-winning predecessor, Mikhail Gorbachev, who concluded that holding the peoples of Central and Eastern Europe against their will was detrimental not only to them but to Moscow’s own hopes for peace and prosperity.

In effect, Putin is bent on reversing what some called the Sinatra Doctrine, Gorbachev’s bold decision to allow the Soviet Union’s “satellite” countries the freedom to “do it their way.” Putin wants to go backwards, regain an empire, restore past glory, and match or outstrip the legendary deeds of Peter the Great.

Ukrainians are not buying it. They reject Putin’s ambition and are giving their all to frustrate his plan of conquest.

They’ve put the lie to his claims of popular support for his invasion, or “special military operation” as he terms it. His referenda at the barrel of a gun are as laughable as they are tragic. No fair-minded person anywhere regards such charades as a legitimate expression of citizen will.

Still, while few believe Putin’s rhetoric, neither is it clear how Russia can be dislodged from territory taken by brute force at horrendous cost. Will land change lands? Will the Ukraine that emerges be invited to join NATO? Or will it instead have its neutrality guaranteed?

We cannot know how many acts there are to this drama, nor how it ends. Any number of scenarios are plausible; none offers an easy way out. We would do well to remember Yogi Berra’s dictum against making predictions – especially about the future. But we know diplomats will have their work cut out for them when the fighting eases. They will need to pick up the pieces.

We know some other things, too. One is that Ukraine has come of age. Ukrainians do not want—and will not accept —being some sort of sub-unit of Greater Russia. Putin bet otherwise and has lost his gamble. If there were any doubts about Ukraine being a real country, they disappeared as Ukrainians held off the invading Russian Army, then pushed it back. People uncertain of their nationality and their patriotism do not achieve such feats. Ukrainians will be free.

We also know that Putin’s professed aim of driving NATO away from Russia’s borders has backfired. In response to Putin’s aggression, Sweden and Finland decided to abandon long-standing neutrality and join the Alliance. They’ll still be sitting right there on Russia’s doorstep however the Ukraine war ends. This is a major strategic setback for Russia, one it brought on itself. Putin also badly miscalculated Kiev’s resolve, the strength of the West’s response, and the prowess of his own military.

Rather than prove Russia is a great power, Putin has done the opposite, displaying the weakness of its army, its political system, and its principles. This is not a country others will willingly follow or strive to emulate. Putin’s Russia is a failed state.

We can hope that someday a new, better, Russia will emerge from the ashes of this disastrous war and become, not an empire, but a responsible member of the world community. There is much such a Russia might contribute. For now, however, Putin has made it a pariah.

Ukraine, by contrast, has won the world’s admiration and support. This can hardly be the result Mr. Putin had in mind when he launched his invasion back in February. Or, as the poet Robert Burns put it, “The best laid schemes o’ mice an’ men….” 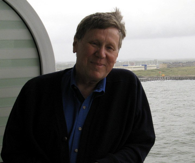 Dick Virden is a retired Minister-Counselor in the State Department Foreign Service. His assignments abroad included two tours in Poland (1977-80,1994-1997) and one in Romania (1990-1993). He also served in Thailand and Brazil twice each, as well as in Vietnam and Portugal. He is a graduate of St. John’s University (Minn.) and the National War College. An earlier version of this article appeared in the online MinnPost.