During my three tours of duty in communist Eastern Europe (USSR 1960s, Romania 1970s, and Bulgaria 1980s), U.S. diplomats were inhibited in their contacts with local citizens. Most of us spoke the local languages and longed to establish links with a broader range of people. Although that was not impossible, any relationship that was outside of accepted channels was likely either terminated by the local authorities or came to be controlled by them.

Visits to post by American experts in the cultural, educational, scientific, and other fields were always welcome, since they helped open doors to people whom it would have been difficult, if not impossible, to meet otherwise. In the case of the USSR, the 1958 U.S.-Soviet Cultural Agreement was a great boon. The size and importance of the Soviet Union meant that relatively large numbers of prominent Americans, including politicians, passed through Moscow. Those visits gave at least some local citizens a window on our country that helped to contradict the pervasive anti-American propaganda that the government promoted. Traveling U.S. exhibitions during my time there, such as “Hand Tools U.S.A.”, exposed ordinary citizens in provincial cities to Russian-speaking American guides and to our culture and values.

Romania in the 1980s was a different story. Despite the existence of cultural and scientific exchange agreements between our two countries, formal activity was modest in scale. However, following President Nixon’s groundbreaking August 1969 visit, our bilateral relations warmed considerably, and Bucharest became a destination of interest, especially for U.S. government officials, politicians, and businessmen. The U.S. Information Agency (USIA) was able to open an American library in the center of town that became a mecca for students and other intellectually curious people. Moreover, the natural friendliness and even pro-Americanism of many Romanians meant that they often were less fearful than Russians about interacting, if cautiously, with embassy officials. My wife and I were able to establish friendships with several artists that carried over into the post-1989 period.

Bulgaria was different from both the Soviet Union and Romania. Our official relations and interactions with the Bulgarian government and people were limited and less than warm. Official exchanges of educational and cultural figures were minimal, though a handful of American scholars came to Bulgaria from time to time. Though we had a few ad hoc visits by prominent Americans such as political strategist Tom Korologos, some supported by USIA and others privately arranged, they were infrequent. That is why the visit of Condoleeza Rice in 1986 was particularly welcome.

Dr. Rice at the time was a 31-year-old University of Denver foreign policy expert who specialized in nuclear strategic planning. Well plugged into Republican Party circles, she was also a foreign affairs fellow at the Council on Foreign Relations and special assistant to the director of the Joint Chiefs of Staff at the Pentagon. She was asked to stop by Sofia on her way back to Washington from discussions with Soviet military experts in Moscow.

Ambassador Melvyn Levitsky wisely decided to use Dr. Rice’s visit to broaden our limited contacts with the upper levels of the Bulgarian military. He invited several senior officers, all men, to meet her at a luncheon at his residence. Despite the less-than-cozy state of U.S.-Bulgarian relations at the time, they accepted. In my capacity as Deputy Chief of Mission, I attended as well.

The luncheon started stiffly. I suspect that the Bulgarians were skeptical about the guest of honor, a young, Black, Russian-speaking woman who was touted as a nuclear strategy expert. They had had little, if any, previous exposure to African-Americans, and the idea of a female who understood the intricacies of nuclear strategy was beyond their ken. Once the conversation got under way, however, their doubts began to fade. Dr. Rice clearly knew what she was talking about. With charm and factual mastery, she handled every matter that came up and won over her previously skeptical audience.

Signs of Changes Ahead

As with most such exchanges, the long-term results of the luncheon are impossible to evaluate. Bulgaria at the time was still under the control of communist dictator Todor Zhivkov and strongly committed to its Warsaw Pact patron, the Soviet Union. With the benefit of hindsight, however, one can see that small fissures in the seemingly impenetrable wall of communist control and solidarity were beginning to appear. The General Secretary of the Communist Party of the Soviet Union, Mikhail Gorbachev, was giving indications that the old status quo within the communist bloc would no longer be maintained by force, i.e., no more armed Czechoslovakia incursions. The embassy’s goal was to do whatever it could to weaken Soviet control over Eastern Europe. The luncheon with Condoleezza Rice was another small, positive step in that direction.

Bigger things awaited some of the Americans who were at that luncheon. Condoleezza Rice, of course, became National Security Advisor to President George W. Bush and then Secretary of State in his administration.

Small steps toward bringing U.S. views and values to otherwise closed societies eventually reaped results, as did some of the diplomats who helped make such exchanges possible. 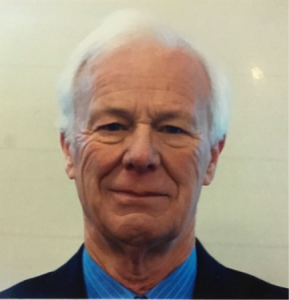