by Kyla Denwood and Spencer Cox

Often described as the Olympics of culture, technology, and world economies, world expositions offer visitors the opportunity to meet people from around the world, learn about countries and cultures, and discover new technologies. The just-concluded Expo 2020 Dubai spearheaded six months of face-to-face interactions and connections as one of the first mega-events since the start of the Covid-19 pandemic. [Originally scheduled to be held in 2020, the expo retained its original name despite the delayed opening in 2021.]

With 192 participating nations and more than 20 million visitors, Expo 2020 Dubai was the first world’s fair held in the Middle East. As a result, the expo attracted one of the most culturally and ethnically diverse audiences in the more than 150-year history of such international expositions.

As Youth Ambassadors for the USA Pavilion, we were able to experience the World Expo firsthand. Youth Ambassadors are young American leaders who serve as cultural representatives at the pavilion. Recruited through a competitive nationwide application process, we illustrated the diversity and dynamism of the United States, hailing from 37 states, studying at 78 U.S. colleges, and speaking 24 languages. We actively engaged international visitors about American values, innovation, and history to build mutual understanding, a key component of public diplomacy. To explain the ways in which countries and businesses engaged visitors, here are some of the areas of communication and connection that defined our time at Expo 2020 Dubai.

The overarching theme of Expo 2020 Dubai –“Connecting Minds, Creating the Future” – recognized the importance of collaboration and partnerships as engines of innovative growth. While pavilions at Expo explored technology and innovation in unique ways, there were a few central learnings from Expo’s three sub-themes: mobility, opportunity, and sustainability.

Throughout the expo, mobility technology was focused on rail and space travel. Country and company pavilions such as Spain and DP World demonstrated the future of ultra-high-speed transit via concepts like the Virgin Hyperloop. The United States as well as the mobility thematic pavilion focused on the future of space travel in the United States and the United Arab Emirates, respectively. The USA Pavilion’s marquee installation included a replica of the SpaceX Falcon 9 rocket.

Some countries used their pavilions to debut new technologies. For example, the Netherlands combined opportunity and sustainability in an agricultural display, demonstrating how the country found ways to grow food with almost zero water waste. Other countries used their pavilions to share innovative ideas that turned into policy. New Zealand’s focus was on sustainability and the Whanganui River, which in 2017 became the world’s second natural resource to be given its own legal identity, with the rights and liabilities of a legal person.

Along with technology and innovation, Expo offered countries a way to display their growing industries and technological innovations to a broader audience. At the Lithuania Pavilion, the laser industry was the prime focus, while Estonia highlighted its educated populace as a contributing factor to the global economy, with upper secondary and tertiary education attainment levels among the highest of the OECD countries. Coffee and chocolate were prime attractions at the Rwanda and Ghana pavilions, respectively, with both countries handing out samples.

Country pavilions dedicated entire floors to their business engagement efforts, with good reason. Investors would scout pavilions in search of profitable emerging industries, and countries could use this mega-event to showcase their national businesses and seize new market opportunities. To promote industry-specific commercial diplomacy among nations, Expo hosted events ranging from country business briefings to conferences about topics such as the creative economy or tea, ceramics, and jewelry.

Gumbo diplomacy, a term coined by U.S. Ambassador to the United Nations Linda Thomas-Greenfield, testifies to the possibilities of connecting people through food. There was no shortage of gumbo diplomacy at Expo. With more than 200 food outlets, Expo allowed the opportunity to taste dishes from every corner of the world, ranging from street food to haute cuisine. Through the dining scene at Expo, visitors could experience the flavors of countries in every continent and the people behind them.

We ate our way through Expo. Each morning before work, we would line up outside of the Switzerland Pavilion to take advantage of their discounted croissant and coffee combo. During our lunch breaks, we would run to the neighboring Palestine Pavilion to grab a freshly made fatayer from their bakery. We frequented the Japan Pavilion for conveyor belt sushi and the Australia Pavilion for seafood and nightly aerial acrobatic performances. With each food adventure, we were able to create new conversations, testing our language skills and country knowledge in the process. The United States was represented through such cultural classics as Los Angeles-based Adrift Burger Bar, Domino’s Pizza, and Garrett’s Popcorn Shops from Chicago.

Of the hundreds of countries and corporations represented at Expo 2020, the most impactful combined technology, tactile engagement, and the Expo subthemes to inspire visitors. The USA Pavilion addressed the subtheme of mobility by engaging guests in the country’s space travel ambitions as they rode on a moving walkway. The Singapore Pavilion highlighted sustainability and resilience with impressive layers of greenery, featuring hanging gardens and vertical walls to showcase the possibility of using technology to integrate nature within urban environments.

Previous World Expos left some notable architectural landmarks, including the Eiffel Tower in France and the Space Needle in Seattle. Expo’s architectural legacy is Al Wasl Plaza, a 65-meter-high domed trellis with an immersive 360-degree projection surface. The world’s largest unsupported dome, Al Wasl will become the centerpiece of District 2020, a mixed-use urban community sustainably incorporated into the rapidly growing city of Dubai.

Beyond its architectural significance, Al Wasl served as a central gathering place for Expo visitors from around the world. We used the dome as a meeting point while adventuring around Expo. Alicia Keys serenaded us with a rendition of ‘No One’ at Al Wasl. The Tulane University Marching Band performed to millions of visitors there. Through cultural performances and interactive projections on its arched surface, Al Wasl brought people together from all backgrounds to stare skyward at its beauties, stories, and marvels. Appropriately for Expo 2020’s theme of connecting minds and creating the future, “al wasl” means ‘the connection’.

At the root of modern-day world expositions is citizen diplomacy. Expo 2020 Dubai gave a stage for average citizens to engage in person as representatives of their countries. As Youth Ambassadors, we served as cultural representatives at the USA Pavilion. Many other pavilions had similar positions — real people representing their countries. Spencer, from Kentucky, fielded questions about farming, water conservation, and Kentucky Fried Chicken. Kyla, from Illinois, engaged in conversations about Chicago and heated debates centered around deep-dish pizza. We did not have to memorize a script about our American upbringings, rather we were empowered to speak about the things that made us feel passionate about our home. As time passed, we stopped identifying by our state geographies and began to take ownership as United States citizens, something that became more powerful the longer we talked with guests.

After two years of limited global interexchange during the pandemic, Expo signaled a reopening of the world. The in-person engagement at Expo was a highlight to many who had spent the previous two years connecting through screens. Public diplomacy works best in person; Expo’s ability to open its gates during the pandemic served well towards its mission of connecting minds.

From Mideast to Midwest?

From Expo 2020 Dubai, the world’s fair moves to Osaka, Japan, in 2025. With the theme of “Designing Future Society for Our Lives”, Expo 2025 will focus on saving lives, empowering lives, and connecting lives for a more healthy, sustainable society. Japan has pledged to treat event venues as a “People’s Living Lab”, a testing ground for new technology, to spur innovation from the global community.

The United States also hopes to host a future Expo, albeit a smaller, “Specialized Expo”, five years from now in Minnesota. Specialized Expos, held in the years between World Expos, last up to three months and are aimed at addressing a precise challenge facing humanity. Themed Healthy People, Healthy Planet, Expo 2027 Minnesota would highlight strides in public health and wellness in the United States and around the globe. If the bid is successful, this would be the first Expo to be hosted by the United States since Expo 1984 New Orleans.

In the end, what became clear is that the pavilions we found most appealing were those with local representatives, like our Youth Ambassadors. The U.S. has had notable success with Student Ambassadors in previous expos, including Shanghai 2010 and Milan 2015, young Americans eager to answer questions and offer an approachable presence. Public diplomacy works best when such people-to-people engagement is front and center. 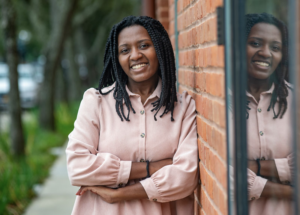 Kyla Denwood is a recent graduate from Tulane University, with dual degrees in Economics (B.S.) and International Development (B.A.). Kyla recently finished her tenure as a Youth Ambassador at Expo 2020 Dubai where she represented Illinois and Louisiana as a cultural ambassador at the U.S.A. Pavilion. She now works as a Research Associate at the University of Chicago on topics ranging from youth engagement to poverty alleviation to democracy and governance in countries across all regions of the world. 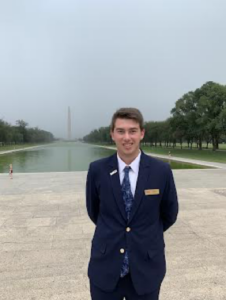 Spencer Cox has an MBA from Xavier University and an undergraduate degree from the University of Louisville. Spencer completed his time as an Expo 2020 Youth Ambassador in late January in Dubai where he represented Kentucky as a cultural ambassador to the U.S.A Pavilion. He now works for a nonprofit in Cincinnati, OH equitably developing the Urban Core of the city.