Given their life experiences, People of Color (POC) and women already possess many of the skills to succeed in diplomacy. These include cross cultural communications, linguistic competence and acceptance of practices absent from life in the United States and Western countries. From childhood, People of Color and women often learn “to fit” into concepts of appropriate attire, hairstyles and even speech, an experience akin to what diplomats face as they encounter new cultures. Male colleagues often dismiss their statements in meetings. Or, later take credit for their ideas and may perceive efforts to reinforce contributions as demonstrating the individual as being “difficult” or “overbearing”, which leaves often good ideas by the wayside in negotiations.

People of Color learn early in life to navigate in a culturally fraught environment and to code switch (via language or dress) in situations where they are often the only person in the room gifted with a natural tan. This cultural awareness is helpful in diplomatic careers.

A wise friend once shared that “99.9% of conflicts are resolved by talking…it’s the heart of negotiations and diplomacy.” With rich oral traditions, many Black and Brown individuals possess these talking/negotiating skills of diplomacy. Many are also able to use their experiences to address negotiations or bilateral talks in a more welcoming environment and may be viewed as having a commonality of heritage either by ancestry or customs in the receiving country. Civil Rights leader Bayard Rustin proposed that “we need, in every community, a group of angelic troublemakers.” As indicated below, women and POC have enriched the State Department and its effectiveness by bringing the concerns of color and gender to the agency’s leaders. If these concerns are addressed, officers acquire more confidence and perform better in a supportive atmosphere throughout their diplomatic careers. In the late John Lewis’s terms, marginalized individuals embody those “good” troublemakers.

In my 26-year diplomatic career, I have found that People of Color who become Foreign Service Officers bring positive elements of their diverse backgrounds, including linguistic skills honed in a variety of languages that may include Spanish, French, Tagalog and Krio. For example, international affairs students at Howard University who became successful Foreign Service Officers quickly learned the comportment and requirements of diplomacy through interaction with senior Foreign Service Officers detailed as advisors to the university.

These students also reflected the standards of behavior and respect garnered during their youth. The home life of many such officers also emphasizes respect for elders and for people of all social and economic starts. One example is found in African/Latin American and Asian cultures where adult women are never addressed by their first names but by titles or honorifics. Similarly, men are addressed by title or honorifics as well as a sign of respect given their age and experience. These traits, often present in POC officers, translate well in societies where wisdom and courtesy prevail. Examples may include adaptability and understanding of non-Western practices such as restraint in touching children’s heads in certain Asian countries or revealing the sole of one’s foot, practices common in Western society that are taboo in many others. Both women and POC are likely sensitive to these practices since they themselves have faced undeserved prejudice and harassment. Such openness to “new” situations is a plus in gaining the confidence of foreign interlocutors. As a more diverse diplomatic corps evolves, new officers’ determination to succeed may deepen, and more effective relations with countries worldwide can develop.

Diplomacy offers women and People of Color the chance to advance foreign policy and national security in a world where they are in the majority, globally speaking. It’s time to take advantage of the skills these groups possess. Some of them have become “good troublemakers” in U.S. diplomatic positions, who have made important contributions in pressing the Department of State to recognize the need for and benefits of a diverse workforce.

Examples of this kind of “good trouble” include the Women’s Class Action suit as well as Black and Hispanic challenges to the department’s one-time refusal to post women to Arabic countries and to limit others to African or Latin American ones. These cases brought to the department’s attention the disparity women and minorities in the U.S. experienced when compared with their White male counterparts in assignments and promotions. It took over 30 years to address the Women’s Class Action suits and those that followed brought by POC. The Women’s Class Action Suit of the 1970’s (often called the Palmer Suit) challenged the State Department’s refusal to assign Allison Palmer to Saudi Arabia and also addressed the disparities among the promotion of female officers. Numerous now highly-recognized women received overdue promotions to senior levels as a result of the Palmer Suit.

Later class action suits argued that officers of color were given assignments limited to countries that correlated with their ethnic identities and, like the Women’s Class Action Suit, challenged the refusal to fairly promote officers of color. Congressional testimony in 2020 reiterated the problems within the State Department in achieving equity for all ethnic groups and demonstrated the meager numbers of Black and Brown officers in senior and ambassadorial positions. (See American Diplomacy Journal “The Role of Diplomats in Residence,” October 2020 and “Can Sisyphus Win? Reforming Diplomacy for New Challenges,” February 2021). As a result of congressional and administration recognition of disparities, the department has now established a Chief Diversity Officer position at the highest level of the agency holding the Secretary of State responsible for instituting measures to ensure equal treatment of officers regardless of color or gender.

As the nation continues to grapple in this moment with the contradictions in an evolving democracy, it’s long past time to fully recognize what women and People of Color can contribute to advancing democracy’s goals of conversation and negotiation with people and nations of all persuasions and build on the administration’s attention to equity for all. The time is now.

Ambassador June Carter Perry (Ret) was the U.S. envoy to Lesotho and Sierra Leone. She is a past President of the Thursday Luncheon Group, the State Department’s oldest diversity advancement organization. A graduate of the Department’s Senior Seminar, she was the Cyrus Vance Visiting Professor in International Relations at Mount Holyoke College and a recipient of the U.S. President’s Meritorious Award for advancing Foreign Policy and National Security. 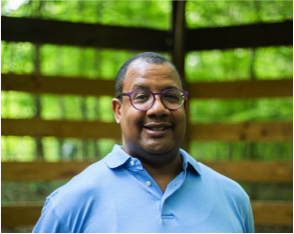 Christopher Faison is currently finishing a PhD in Educational Evaluation and Policy Analysis at North Carolina State University. He utilizes his local race history knowledge to facilitate racial healing. Chris was a recent Fellow with the American Express Leadership Academy at Campaign for Black Male Achievement.