Editor’s Note: American Diplomacy Journal asked several foreign policy commentators to address the significance of growing chaos in many parts of the world, as failed and failing states are increasingly unable to perform the fundamental functions of the sovereign nation-state. This is one of five articles looking at those concerns.

Historically, the world always has been unstable. Colonialism, the Cold War and the Hyperpower decade (the 1990s) created an illusion of global stability. That moment has gone, hence strategies have to be reconfigured.

Global connectivity, the autonomy of capital movement, the uneven spread of technology, the rise of resentful elites – resentful of the West’s hegemony – all combine to resist human rights, the democracy agenda, gender mainstreaming and much else dear to liberals.

To complicate matters, two tiers of states have the capacity to resist liberalism. There are the civilisation states – China, Russia, India, which make up their own rules, and large regional powers each believed to be responsible for generating one percent of the world’s GDP. Brazil, Turkey, Mexico, Indonesia, South Africa are in this category. Japan is in a category of its own. Also relevant here is the economic success of non-liberal states as role models, Singapore, most obviously.

This is very hard for the West to accept. The legacy of hegemony and empire live on, above all as a kind of low-grade civilising mission. Those who would thus be civilised do not take kindly to this at all. But they may be open to negotiation if treated with parity of esteem. Stability is not just a Western goal, though its definition can vary. The sense of superiority exists in the non-West just as much as in the West. There are non-Western civilising missions too.

Two further structural factors are central now that globalisation has made non-Western modes relevant. It is quite unbelievably difficult for those from the West to understand that Western individualism is not regarded as a value in the non-West. On the contrary, individualism is seen as deviant in societies where (a) the family and (b) the ethnic, linguistic or religious segment attracts the highest loyalty. Even a brief look will demonstrate that kinship generally trumps citizenship and that rulers in segmented societies rule by constructing unstable equilibria – this was Syria until the Arab spring. Fairy tales of a “Syrian people” were highly misleading. Dismissing this social segmentation as sectarian or tribal or nativist is a gross error, because that leads to ignoring the social basis of action. The point about segmentation is that it does not disappear, even under pressure.

Policy makers should listen to those with specialised knowledge and perhaps hesitate, looking before leaping. But groupthink makes this difficult. From my own experience, I recall warning policy makers in the late 1980s that Yugoslavia was heading towards state failure, but that early Western intervention could help to ease the outcome. The response was “states don’t fail”. And where now is Austria-Hungary, I asked myself?

The other structural factor is complexity. The standard view tells us that causation is reliably linear – infinitely repeatable – but complexity theory has a very different message, that linear causation is sometimes cut across by non-linear processes, like the butterfly effect, meaning that small factors can have disproportionate, unintended consequences. This last wreaks havoc with perspective or planning. There is a quotation attributed to the great Belgian-Russian scientist, Ilya Prigogine, that we construct islands of order that float on a great sea of disorder. 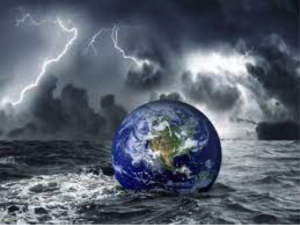 There are solutions, but they will always be imperfect and may give rise to blowback much later. So proposed solutions must be thoroughly interrogated. Impact assessments are vital, as is defining success/failure criteria. Most importantly, there should always be a red team process in the decision making – the arguments against a policy must be given equal consideration. If done honestly, really stupid decisions can be avoided.

So, is there an all-round way of building stability? No. Sometimes, it’s best to leave a crisis alone. I would say that currently Tigray is in this category. The West kept silent during the Azerbaijan-Armenia war and was right to do so. Note that these crises will all too often be accompanied by terrible human rights violations and corresponding pressure from the human rights lobbies, not that they can sort things out. Sometimes doing nothing is the answer, because the costs of intervention are excessive. Then, where there is a vital interest involved, the answer may be to pay off the source of threat. The Byzantine empire used this method for centuries.

Establishing de facto protectorates can likewise offer stability, only don’t call it that. Kosovo comes close to this. Sometimes one’s allies may engage in activities that go counter to one’s preferences. It’s best not to get involved and to avoid reproving a state for alleged “democratic backsliding”, above all when other states doing something similar are ignored. There’s nothing like a double standard to undermine one’s authority.

Finally, listen to your allies. They may differ from you, but that difference in approach may hold the best chance of sustaining stability.

György Schöpflin was a member of the European Parliament from Hungary 2004-2019. He is a member of Fidesz, the ruling national conservative party in Hungary, and a Senior Research Fellow at iASK (Institute of Advanced Studies Kőszeg).