The February military take-over in Burma called to mind the tragic events of 1988, while I was serving as press attaché at U.S. Embassy Rangoon. During August and September that year, massive pro-democracy demonstrations resulted in the massacre of several thousand Burmese citizens at the hands of the brutal military regime. Previous attempts to throw off the shackles of totalitarianism, usually led by students, had taken place in 1962, when ruling General Ne Win’s police killed several hundred students at the University of Rangoon and dynamited the historic Students’ Union Building, and again in 1974, when the regime shot down several hundred students who marched in support of a general strike, arrested thousands, closed down schools and universities, and declared martial law. In 1988, there had been no major uprisings for 14 years, but astrologers were predicting that dire events would happen on the magical date of 8/8/88—the four eights of August 8, 1988.

At the embassy, we knew things were coming to a boil. There were widespread reports of students being beaten, raped and killed in the notorious Insein Prison north of Rangoon. In the ethnic minority areas, rape, beatings, looting, and the burning down of villages were commonplace wherever the Burmese army operated. The country’s economy was in a shambles. In September of 1987 the regime suddenly and without explanation demonetized all 25, 35, and 75 kyat notes (whose strange denominations were established in a previous demonetization), so that people holding cash were wiped out; 80 percent of the money in circulation became worthless. Hundreds of enraged students stormed out of the prestigious Rangoon Institute of Technology, smashed traffic lights, and burned vehicles. The regime’s inevitable response was to close schools and universities.

The first major outbreak of demonstrations came in March of 1988, when an incident in a teashop in which a student was killed escalated into a large-scale demonstration on March 18, later known as “Black Friday,” in which thousands of students were arrested and scores of students killed by the hated Lon Htein, or riot police. In June, campus demonstrations resumed, and on June 20 thousands of students staged a peaceful protest in Rangoon, joined by some monks, demanding that dismissed students be reinstated and that those responsible for the March killings be punished. Clashes took place in which 80 civilians and some 20 riot police were killed. On June 22 all universities in Rangoon were closed indefinitely, and a 6:00 pm to 6:00 am curfew was declared for 60 days. Unrest spread to Pegu, where some 70 were killed.

Then on July 23, General Ne Win, who had ruled the country with an iron hand for 26 years, suddenly resigned, citing widespread unrest and strife in the country, and proposing a referendum on the rule of the Burmese Socialist Program Party. Some saw this development as a glimmer of hope that democratic change might be on the way, but more pessimistic—and realistic—observers suspected that Ne Win was still in control. That suspicion was borne out when one of Ne Win’s most hated henchmen, Sein Lwin, was appointed as president and chairman of the BSPP. Sein Lwin was known as “the butcher” for his role in suppressing the uprisings of 1962 and as de facto head of the Lon Htein, which had brutally put down the demonstrations of March and June.

On August 1, the All-Burma Students’ Democratic League called for a nationwide general strike on 8/8/88 to protest the appointment of Sein Lwin. This prompted Sein Lwin on August 3 to declare martial law. My family and I, along with the family of the embassy Air Attaché, were scheduled to take a trip up-country to visit Mandalay, Burma’s second city, and the fabulous 10th century ruins at Pagan. My son David was visiting from Cornell, and we had reserved an entire train car from Burmese railways, along with a railways chef, which could be done for quite a reasonable price.

I don’t recall just why we decided to go ahead with the trip, given the precarious situation, but figured that the problems were mainly in Rangoon, and it might even be a good idea to get my family out of town for a while. But while in Pagan we were advised in a phone call from the embassy that anti-government demonstrations had broken out in 26 cities around the country, and that we should make every effort to get back to Rangoon before August 8, as massive demonstrations were predicted. Just as we were preparing to leave the Thiripyitsaya Hotel in Pagan, the situation became even more macabre when our friends received a call that their only son had been killed in an automobile accident in Denver. I was standing beside the officer’s wife when her husband took that call; he turned to her and said, “[Name] has been killed.” I caught her as she fainted and collapsed to the floor.

We left Pagan immediately by car to join up with our train car on the Mandalay to Rangoon line in Meiktila, only to find that the train car had been seized in Mandalay. The regularly scheduled train was departing for Rangoon; the station master refused to honor the tickets we had for the special car, so we bought new tickets for the trip to Rangoon, and managed to board the train as it was leaving. The trip to Rangoon seemed to last a lifetime, with my children sitting somberly and silently while the Air Attaché attempted to comfort his inconsolable wife.

When our train, barely escaping tracks that were blown up shortly after we passed, finally reached Rangoon at 8:00 a.m. on 8/8/88, there was an eerie silence in the city; we were relieved to see the black Chevy Suburban and our faithful driver waiting for us at the deserted station. Later that day, however, an estimated 10,000 people took to the streets in what was just the beginning of massive demonstrations that were to take place over the next few weeks. Government radio reported 31 killed and 37 wounded in “restoring security.” The next day, August 9, the Army, acting under martial law, killed between 40 and 200 demonstrators (estimates varied wildly in those days) and arrested 1500. Estimates of the numbers of demonstrators that day ranged from 20,000 to 100,000.

With Rangoon paralyzed by a general strike, Sein Lwin resigned on August 12 after 18 days in power. In the following days, pro-democracy demonstrations grew in both numbers and intensity, encouraged by the apparent reluctance of the military to intervene. Lawyers, writers, film actors, musicians, hospital workers, and even policemen joined the demonstrations. Years of pent-up rage, and rumors that military personnel were poisoning the water supply, led to violence in some parts of the city. Some soldiers discovered among the demonstrators were beheaded as spies by enraged civilians. On one occasion an 18-year-old Marine Guard from the embassy was stopped on the way home and forced to take photos of a beheading. Ambassador Burt Levin ordered embassy officers to stay away from the demonstrators, declaring that U.S. interests in Burma did not justify the death of one American.

Foreign journalists were not being allowed in by the regime; a lone TIME photographer who had made it in earlier was arrested for photographing demonstrations at the Shwedagon Pagoda. As the embassy’s press attaché, I was being bombarded with calls from journalists representing AP, AFP, Reuters, Washington Post, Daily Telegraph, BBC, etc. from Bangkok, Hong Kong, London and even Sydney. They would typically ask, “What is your estimate of the number of demonstrators today?” I would look out my window and make a rough estimate of the numbers of demonstrators in Mahabandoola Square in front of the embassy. On August 23, for example, somewhere between 100,000 and 200,000 demonstrators marched through downtown Rangoon between 8 a.m. and 4 p.m., ending with speechmaking in front of the U.S. embassy.

The most popular speaker was Aung San Suu Kyi, the daughter of Burma’s martyred national hero General Aung San, who had been instrumental in the struggle for independence from Great Britain and who had been assassinated in 1948. On a trip from Oxford, where her husband was a professor of Tibetan studies, Suu Kyi was in Burma to visit her sick mother. Although she had never been politically active, she was more or less forced by the circumstances to accept the mantle of leader of the democratic movement. She became increasingly active during the demonstrations, giving speeches to wildly cheering audiences around the city.

Martial law was lifted on August 24, and army troops moved back from their positions in the center of the city. Estimates were that as many as one million people were involved in demonstrations in Rangoon, with similar numbers in the major cities of Mandalay, Taunggyi, and Moulmein. By August 26, a general strike had crippled Rangoon. Government services broke down completely, and air and rail service halted. To add to the melee, the government inexplicably released 4,800 prisoners from Insein Prison, resulting in widespread looting and violence.

As a result of the general anarchy, and the uncertainty of continued supplies of fuel, food, and drinking water, the embassy, in consultation with the State Department, decided to evacuate U.S. dependents to Bangkok. Over one hundred family members, along with dependents from various other embassies, were evacuated by a chartered Thai Airways flight on September 9 and 11. With all airport workers on strike, a Marine Guard commandeered an airport tractor to push the flight stairs up to the plane, damaging the plane slightly as a result of his inexperience.

This was one of the rare times when a mob in front of the U.S. embassy was not anti-American; in fact when the ambassador’s car left the embassy, the crowd would cheer him, chanting “We want democracy!” and “Freedom Now!” The demonstrators congregated in front of the U.S. embassy in the hope that it would provide them both publicity and some security. They were mistaken on both counts.

On September 18, the military took over the government (overtly), forming the brutal State Law and Order Restoration Council, with the somehow appropriate acronym SLORC. The generals no doubt reasoned that if they lost control of the situation, they would lose not only their jobs but their heads as well, since the idea of a peaceful transfer of power was totally alien in the Burmese context.

The soldiers, who had been ordered not to fire on the demonstrators in the hope that they would vent their anger harmlessly, were now ordered to shoot to kill; over the next week an estimated 2,000 demonstrators were killed in the process of “restoring peace and order.” More civilians were killed that day than in Beijing’s Tiananmen Square a year later, but the world paid little attention to Burma. Another embassy officer and I filmed the massacres from the roof of the embassy; our tapes, smuggled out in the diplomatic pouch, provided the first glimpses in the international media of the situation in Rangoon.

Influenced by the euphoria of the demonstrators during the massive pro-democracy demonstrations, journalists wrote that whatever the future held, Burma “could never go back to the status quo ante.” They were wrong. Military rule continued for nearly three decades. And now, after a few years of democratic beginnings, Burma is again under control of the military. 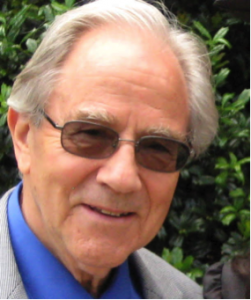 Franklin Huffman was professor of Southeast Asian studies at Yale and Cornell before joining the Foreign Service in 1985. He was press attaché in Burma from 1987-89, and served also in London, Marrakesh, Paris, Phnom Penh, Wellington, and Ndjamena. An earlier version of this article appeared in his book Your Diplomats at Work: A Comedy in Seven Acts (Washington, DC, Association for Diplomatic Studies and Training, Memoirs and Occasional Papers Series, 2010).