The board of directors of American Diplomacy Publishers mourns the death on May 16 of Frank Crigler, the originator and co-founder of our journal.

During his 29-year diplomatic career Frank served as ambassador to Rwanda and to Somalia, and as consul in Bukavu in Eastern Congo. Among other assignments he was chargé d’affaires in Colombia, Director of Mexican Affairs in the State Department and political advisor to the U.S. ambassador to the Organization of American States. He became recognized as a capable officer to turn to for particularly challenging assignments in Latin America and Africa. 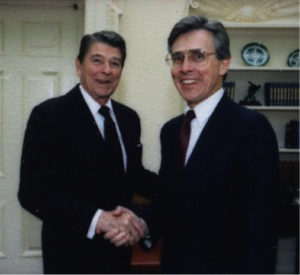 Frank’s contribution as co-founder of “American Diplomacy” stemmed not only from his distinguished diplomatic career but from his innovative spirit, enthusiasm, and early embrace of digital technology. The concept of an electronic review on the history, conduct and significance of diplomacy was his invention.

The North Carolina Triangle with its many universities has long been a magnet for diplomatic retirees. A group of retired senior Foreign Service Officers, friends living in the area, were attracted to Crigler’s idea of an electronic periodical on diplomacy. They asked him to be its publisher as well as president of the board they formed to oversee the initiative. Dr. Henry Mattox, another Foreign Service retiree, a scholar and historian who had joined the faculty of North Carolina State University, became co-founder and editor.

At the time AmericanDiplomacy.org was launched in autumn 1996, few Americans comprehended the internet or grasped its capabilities. To inaugurate the journal, Frank taught himself the requisite technology and served as webmaster. The availability of the website name “American Diplomacy” indicates how early this project was in the evolution of the internet.

Frank Crigler, a natural leader, possessed unusual energy and unusual charm. A loyal friend, he treasured his piano and his guitar. He loved dogs. As we celebrate the 25th anniversary of the journal, we remember with gratitude Frank’s pivotal role in this enterprise.