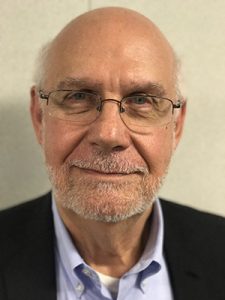 Michael Cotter, a strong supporter of American Diplomacy, served as U.S. ambassador to Turkmenistan.
Ambassador Cotter served as a career U. S. diplomat from 1970 to 1998, serving at eight posts abroad, including three in Vietnam. He holds a B. A. from Georgetown University and graduate degrees from the University of Michigan Law School and Stanford University. In retirement he takes an active role on the board of directors of American Diplomacy Publishers.
Michael W. Cotter is Publisher of American Diplomacy. He served as U.S. Ambassador to Turkmenistan, 1995-98. A career Foreign Service Officer, he had prior assignments to Chile, Zaire, Turkey, Ecuador, Bolivia, and South Vietnam in a career spanning more than 30 years. He currently lives near Chapel Hill, North Carolina, where he lectures and writes on international issues.
Michael Cotter is Publisher, former President and member of the board of directors of American Diplomacy Publishers. In addition to his tours in the Republic of South Vietnam, Ambassador Cotter was posted to Bolivia, Ecuador, Zaire, Turkey, Chile, and Turkmenistan, where he served as ambassador. Living in the Chapel Hill, NC area, he frequently writes and lectures on international topics.