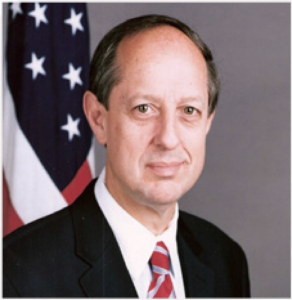 Ambassador Lino Gutiérrez assumed the position of Executive Director in December 2010. His 29-year career in the Department of State included service as Ambassador to Argentina and Nicaragua, Acting Assistant Secretary of State in Western Hemisphere Affairs, and International Affairs Advisor at the National War College. He also served in the Dominican Republic, Portugal, Haiti, France and the Bahamas. After retiring from the Foreign Service in 2006, he served as Senior Advisor to the Secretary of Commerce, adjunct professor at Johns Hopkins University and George Washington University, and Course Chair at the Foreign Service Institute. He is also on the Board of the Institute for the Study of Diplomacy at Georgetown University and serves on the Foreign Service Grievance Board. His awards include the Department of State’s Distinguished Honor Award and the U.S. Army Award for Civilian Excellence.