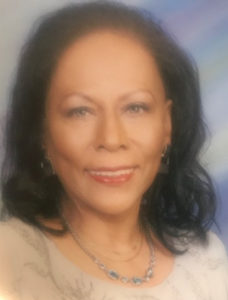 Ambassador June Carter Perry served as the United States envoy to the Kingdom of Lesotho and to the Republic of Sierra Leone from 2004-2010 when she retired from the U.S. Department of State following 26 years in the Foreign Service. Her other assignments included Deputy Chief of Mission (Deputy Ambassador) in Madagascar and in the Central African Republic where she coordinated the evacuation of American citizens and allies during military coups; was the primary interlocutor with resident embassies as well as with the National Security Council, the U.S. Embassy in France and a coalition of African ambassadors to achieve multilateral talks, a cease fire as well as a UN peacekeeping force. Prior to her appointment as Ambassador, she was Director of Social and Humanitarian Affairs in the State Department’s Bureau of International Organizations responsible for U.S. policy and liaison with the United Nations in New York and Geneva. Her overall portfolio included the Commissions on Human Rights and Women; the UN High Commission on Refugees and the UN Economic and Social Council. In this position, she was responsible for bilateral and multilateral negotiations with United Nations representatives and ambassadors and for overseeing U.S. staff in Washington and Geneva. During her tenure as Office Director, she served concurrently for periods of time as Acting Deputy Assistant Secretary of State supervising U.S. budgetary, public affairs and political interaction with international bodies.
Other Foreign Service assignments included Diplomat in Residence at Howard University; Chief of Internal Political Affairs and Narcotics Coordinator at the American Embassy in Paris; Special Assistant to the Deputy Secretary of State and political officer at State. Ambassador Carter-Perry also created a bursaries program for non-white South African students. The program, which began with $10 million in 1988, had reached $200 million by the 1990’s becoming the USAID tertiary education program. Later, she collaborated with the White House to achieve a nearly $400 million grant for Lesotho through the Millennium Challenge Corporation to combat AIDS, improve infrastructure including water and open a CDC office. She received numerous State Superior and Meritorious Honor Awards and the President’s Meritorious Award for advancing U.S. policy. She was Chair of State Department promotion panels; the Pickering Foreign Affairs Fellowship panels; and a founder of the Rangel Foreign Affairs Fellowship Program. Following her 2010 retirement, Ambassador Carter-Perry became a speaker at the University of South Carolina’s Rule of Law School, the Harry S Truman School of Public Affairs at the University of Missouri; the University of Utah Law School and was the Cyrus Vance Visiting Professor in International Relations at Mount Holyoke College in Massachussetts. Before State, she was on the faculties of the University of Maryland and North Carolina A&T University; Director of Public Affairs for Peace Corps and producer/ host for WGMS/RKO radio. Former Chair of the Federal City Public Service Foundation, she is a member of the Council on Foreign Relations. She is a graduate of Loyola University Chicago(BA); the University of Chicago (MA) and the National Defense University’s Capstone Program.