As the two most recent Editors of American Diplomacy, we are called to honor the unique and lasting contributions that Henry Mattox made to our journal.  Henry, along with Frank Crigler, Bart Moon, Ed Williams and others of their generation, founded American Diplomacy Publishers, a 501 c 3 non-profit, twenty years ago.

The first edition of this electronic journal appeared later that year, with Henry as its first and longest-serving editor.  Henry’s vision of an electronic journal (a rarity at the time), devoted to the topic of American diplomacy, drawing upon quality writings of scholars and students of foreign affairs as well as practitioners of diplomacy continues to this day. While technological enhancements and adjustments to changing reading habits have brought forward some improvements over the years, the quality of the writing and the overall contents of the journal remain unchanged.

We can thank Henry Mattox and his co-founders for the steady foundation upon which American Diplomacy has been built.  We, successor editors and board members, are grateful to stand on the shoulders of the giants who came before us.  And we pledge our efforts to carry on the work of this remarkable scholar-diplomat, Dr. Henry Mattox in the years to come.

A small, non-representative sample of writing by Henry E. Mattox

Here are a very few of American Diplomacy founding editor Henry Mattox’s written contributions to this journal. A more extensive list may be found here.

Launching a Journal: The Editor’s Gratitude (1996)

“No particular agonizing reappraisal seems to be called for at this point. The reception of our inaugural effort, Volume I, Number 1, thus far has pleased us, the members of the Editorial Board and staff. We will not have to contemplate massive (intellectual) retaliation against any carping critics, at least not at this point.”

Technology and Foreign Affairs: The Case of the Typewriter (1997)

“Tradition-bound critics opposed the use of typewriters on legal and even health grounds. Because the finished product was neither handwritten nor printed, as was customary, laws had to be enacted confirming the legality of typed documents. Some diehards further held that reading typed copy, which they claimed tended to become blurred, harmed one’s eyesight, citing as “proof” statistics which showed that more people than ever wore eyeglasses.”

“I believe chroniclers generally accept a figure of 200 for the number of deaths in Cairo during the few days of that January 1977 riot. I could have written more at the time than I did about the enormous, angry mobs milling about in the streets and the dramatic arrival of troops in the capital, but I chose not to then, not wishing to cause family and friends to be disquieted unnecessarily, and so am not embellishing the story now.”

“‘First, and importantly, our friends on the Hill who didn’t manage to get reelected this time out who deserve jobs as regimental and division commanders. Primarily in the army, but let’s not exclude equivalent positions in the other services. It’s probably tricky in the navy, but just like in the diplomatic corps, the system always provides professionals to do the complicated stuff such as guiding the boats or establishing that spit-and-polish military routine they consider so—‘”

“Here I won’t get off on some analogy about cheapening the coin of the realm; that would be inaccurate and unfair to the professionals other than members of the Foreign Service who provide support to the nation’s foreign affairs function. And we all acknowledge that improvements are needed in the conduct of the United States’ diplomacy and we all applaud the secretary’s initiatives in that regard. Changing organizational designations is far from the answer, however, no matter what the underlying rationale. This is especially so when the change implicitly downgrades the uniqueness of a proud, elite organization..”

“Arriving by helicopter at the picturesque, small outpost of Nepali governance far west of Kathmandu, a village the name of which I disremember in a green, cultivated valley, we caused quite a local stir. Nevertheless, we were soon about our official business. The ambassador and I walked over from our landing site to pay an official call on the governor, who of course had been advised of Ambassador Laise’s arrival well in advance. He received us cordially in a setting outside his rustic official headquarters. We looked up at a white-topped towering mountain range to the north and out across green-bordered fields in a broad valley bearing stands of golden grain. No crowds of village people gathered around; either they had been chased off by local officials or went on their own accord to gaze at the helicopter and its pilot.” 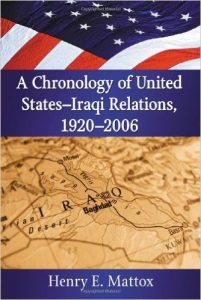 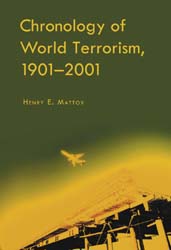