Among the more outrageous features of American foreign affairs is the continuance under all Administrations, Democratic and Republican alike, of our diplomatic spoils system.

We are unique among advanced countries in sending totally unqualified individuals abroad as ambassadors.

We do so in spite of long-standing legislation, Section 304(a)(2) of the Foreign Service Act of 1980, that specifies that positions as ambassador should normally be accorded to career members of the Foreign Service. The Act also says that an ambassador should, to the maximum extent practicable, know the language of the country in which he or she is to serve, and should possess “knowledge and understanding of the history, the culture, the economic and political institutions, and the interests of that country and its people.”

It is true that in recent decades, Presidents have usually filled around two-thirds of ambassadorial positions with experienced career officers. But the biggest posts have almost all gone to political appointees, many of them totally lacking in the necessary experience.

In all of our republic’s history, only one career Foreign Service officer has ever been our ambassador to the United Kingdom—our most important ally. This was Raymond Seitz, who served in London with great distinction in 1991-94. In contrast, the British almost invariably send one of their most experienced career diplomats to Washington. The last non-career British ambassador to the United States, Peter Jay, was sent to Washington in 1977. The present incumbent, Peter Westmacott, has four decades of experience, including prior posts as deputy under secretary of state and ambassador to Turkey and to France.

Now, a month into the second Obama Administration, rumors abound about who will be made an envoy for helping the President get re-elected. The New York Times reported, however, on January 18 that would-be envoys were being warned not to expect much if they had not raised at least a million dollars for the election campaign!

Besides money there is another factor—the ethnic and/or religious factor—that often weighs in with political appointments. All too often we send, for example, Irish Americans to Dublin, Jewish Americans to Tel Aviv, and Catholic Americans to the Vatican. That may please Americans of those backgrounds, but can Arab Americans have confidence in a Jewish American ambassador to Israel, or non-Catholics in a Catholic ambassador to the Vatican? Nor do such appointments necessarily please the host government. The writer recalls a case from several decades ago, when the Italian government was distressed to find that our new ambassador was an Italian American who insisted on speaking in crude peasant dialect, the only Italian he knew, to the President and Prime Minister.

There was a time in our history, a century and a half ago, when a number of American political appointees did well as our envoys. They had been Members of Congress or state governors or prominent businessmen, and tended to know more about government and trade than did the noble envoys of European monarchies whose expertise lay in protocol and grand balls. The scene is far different now. Other countries created career diplomatic services, and so finally did we, in 1924. Since World War II our best—not necessarily most famous, but best—ambassadors have, with few exceptions, come from the Foreign Service: people like George Allen, Charles Bohlen, George Kennan, Frederick Reinhardt, Rozanne Ridgway, and Ronald Spiers, to name just a few. 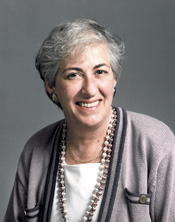 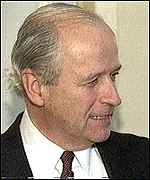 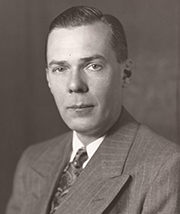 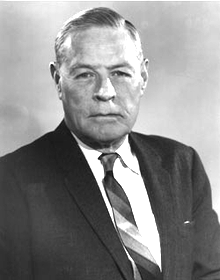 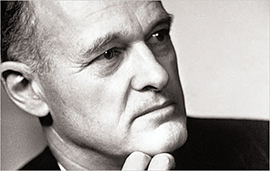 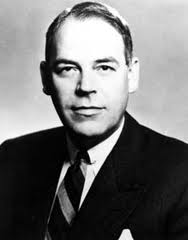 It is true that an intelligent and energetic person can in time learn to be an ambassador even if lacking in prior experience. But how much may the national interest suffer during the neophyte’s learning period?

It is sometimes argued that ambassadors require large personal incomes to do their job. That is not so, if one acknowledges the fact that an ambassador’s job is not to entertain visiting Americans or give balls but to represent the United States effectively in a foreign country. Official representational funds are adequate to entertain key foreign contacts at luncheons or small dinners, which are more effective than large cocktail parties or balls, as well as to pay for occasional large events like an annual Fourth of July reception.

How long shall we maintain this deplorable spoils system? I am not the first to suggest that a court case might be brought, to seek to make the Administration—all Administrations—live up to the law, and stop harming our national interest by bestowing ambassadorships on unqualified people.

Ambassador Bridges, a U. S. Foreign Service officer from 1957 to 1986, received assignments abroad at Panama, Moscow, Prague, and Rome, in addition to a posting as US envoy to Somalia. He is the author of Safirka: An American Envoy, a memoir of Somalia; Pen of Fire: John Moncure Daniel, the first biography of an American diplomat who became the most influential Confederate editor; and Donn Piatt: Gadfly of the Gilded Age, the biography of another diplomat who became a famous Washington editor. All three were published by Kent State University Press. The Piatt biography is the latest volume in the ADST-DACOR series on Diplomats and Diplomacy.
Comments are closed.