The author recounts his recent assignment with the State Department’s Bureau of International Information Programs to archive more than two decades of uncatalogued files and memorabilia before the bureau moved to its new quarters in 2009.  –Ed.

Question: What do 75,000 IBM Deutschland punch cards from 1956, the top half of a mannequin, two cartons of red tape, and a two-inch videotape with Episode 18 of the second season of “Moonlighting” have in common?

Answer:  These are among the items found in storage at 301 4th Street that did not go to the National Archives.

Like cleaning out a beloved relative’s attic and stumbling across artifacts from a bygone era, three assignments as a retired annuitant between 2006 and 2009 at the State Department’s Bureau of International Information Programs (IIP — a direct successor to USIA’s Bureau of Programs and “I” Bureau) unlocked for me an important part of USIA’s rich history, as well as the substantive role the Agency played in the Cold War’s battle of ideas.  Of even more significance, though, is the fact that with the help of many colleagues in IIP and elsewhere, a collaborative effort to save this legacy for eventual transfer to the National Archives proved successful.

Archiving may not be the most glamorous subject imaginable, even if prowling around the sub-basement storage rooms at the old USIA headquarters building did at times have a certain Indiana Jones feel to it (minus the bullwhip and natty fedora, of course).  But as I discovered, the chance to help save a small part of American history is, as the credit card ads say, priceless.

My unlikely involvement began in 2006, when I came back to work as a WAE employee at IIP, the bureau where three years earlier I had finished my 27-year Foreign Service career.  IIP was undergoing a major organizational restructuring at the time, and I was asked to oversee the daily nuts and bolts aspects of the process.  With the physical realignment of IIP offices on the fourth floor of the building and ensuing moves around that floor by most bureau employees, it became readily apparent that IIP held an immense volume of unarchived material — some dating back 20 years or more – that needed to be sorted through and, where appropriate, categorized and packed for final storage at the National Archives.  It was also readily apparent that this material constituted a treasure trove of immense value for future researchers and historians.

Getting material ready for the National Archives is a meticulous, time-consuming process that requires great attention to detail and a systematic commitment of time by employees and managers alike.  With the usual press of daily business and urgent deadlines, though, it perhaps is easy to understand why records management was not just on the back burner in many USIA offices but on “the back of beyond” burner, to borrow an apt phrase from the Aussies.  More often than not, records that were out of sight truly were out of mind.

It wasn’t always so at USIA.  According to David Langbart, a National Archives official who served as liaison with USIA, the Agency did a good job up until the late 1970s of archiving appropriate, historically valuable materials.  By the time USIA moved from 1776 Pennsylvania Avenue to 301 4th Street in 1983, however, the long slide downhill had begun.  According to a 1983 National Archives inspection report, “USIA program management of files maintenance and records disposition is seriously deficient.”  The report estimated that even then there were 6,000 cubic feet worth of old USIA records that needed attention, an amount that in of itself would take several years of work to correct.

While it is unclear what progress, if any, was made on this backlog after the inspection report, by all appearances USIA never really got a handle on archiving in subsequent years.  (One professional records manager who transferred from the National Archives to USIA in the mid-1980s eventually left in frustration from dealing with USIA offices that did not or would not retire their records).  Add to that the budget-driven cuts of the early 1990s that saw the abrupt abolition of entire USIA divisions rich in historic holdings, such as the Exhibits Service and the Agency magazines, and the backlog of material to be archived grew even greater.

Flash forward 15 years or so to 2008, when it became clear that the two USIA successor bureaus in the State Department, IIP and ECA, would be leaving the old Agency headquarters building after a quarter-century’s occupancy.  The impending move to new digs at State Annex 5, directly opposite Main State, created a firm deadline to handle once and for all the mountain of accumulated USIA-era material; if not taken care of before the move out of 301 4th Street, more likely than not that material literally would end up in the dustbin of history.

With the support of the IIP front office and executive office, I returned to IIP for a pair of four-month WAE stints in 2008 and 2009 to work on archiving and move-related issues.

My 2008 assignment was devoted exclusively to archiving.  Much of that time was spent in a dusty, dark, dank sub-basement storage room that would be immediately recognizable to “24” fans as the type of concrete warren where Jack Bauer is always taken to be tortured.  This first serious attempt to tackle the nearly ceiling-high mountain of cartons there resulted in 52 boxes of material being salvaged, among them 15 cartons containing the final reports on USIA exhibits in the Soviet Union and Eastern Europe.

In addition, we got a head start on bringing up to speed the bureau’s current records management practices by drafting for each of the eight offices in IIP new archiving guidelines, the relevant part of which must be quoted as the statutory authority whenever retiring official material.  Existing bureau guidelines dated back to 1979; they could be used for archiving USIA-era material, but not for material created within IIP after State-USIA consolidation occurred in 1999.

My return engagement last year proved equally fruitful, as that mountain of cartons in the sub-basement storage room steadily continued to shrink.  By the time this final WAE assignment ended last September, I had pretty much managed to clean house.  From 2006 to 2009, the grand haul totaled 172 cubic feet of official material that was sorted through, repacked into regulation archiving cartons, and sent to State’s records service center in Newington, Virginia, for eventual transfer to the National Archives.

The cornucopia of salvaged treasures included:

Not all the salvaged material went to the National Archives.  The invaluable public diplomacy reference collection painstakingly assembled over more than 30 years by IIP reference specialist/archivist (and unofficial USIA historian) Martin Manning headed to State’s Ralph Bunche Library, where access to it is readily available.  Among the crown jewels in that collection is material dating back to the Office of War Information, as well as information on U.S. participation in such world fairs as the 1958 exposition in Brussels and Montreal’s Expo ’67. 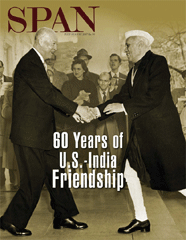 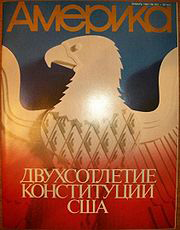 Some finds were truly historical, especially visual materials that had eluded the National Archives when it picked up USIA’s photo library some 15 years ago.  Among such newly-discovered treasures transferred directly to the Archives were sets of black and white photos taken by a USIA staff photographer at President Kennedy’s inauguration, as well as a film reel of the 1959 U.S. exhibit in Moscow that was the setting for the legendary Nixon-Khrushchev “Kitchen Debate”.

On a personal note, as I found myself frequently succumbing to the temptation to peruse this material as I processed it, I came away with a new appreciation for the value of USIA’s mission, the tools and tactics used by the Agency in the war of ideas, and the dedication and creativity of its employees.

I was struck by the years-long and ultimately successful campaign waged by so many USIA officers, especially those who had served in JUSPAO during the Vietnam War, to resettle in the United States the hundreds of South Vietnamese employees of USIA and their families, a campaign well documented in the carton of files from the USIA General Counsel’s Office that I found.

Also impressive was the dedication of the USIA employees and exhibit guides, working in frequently awful conditions in the USSR, who used the presence of a USIA exhibit to explain our country to average Soviet citizens — not just in places like Moscow and Leningrad, but in such then-remote and inaccessible cities as Tbilisi, Novosibirsk, Zaporozhye, and Dushanbe.  More than once the final evaluations of those exhibits included casualty reports of USIA guides falling on ice-covered streets and breaking bones — and at least one near-riot of visitors trying to get into the exhibit.

Last but not least, was the genius at America Illustrated who decided to dedicate an entire issue of the magazine to the glories of California, complete with obligatory shots of sun-drenched Pacific beaches populated by the Beach Boys’ legendary “California girls” — an issue that of course just happened to appear in February so as to reach its snowbound readership right in the middle of Russian winter.

And in case you’re wondering about the fate of those bizarre odds and ends I mentioned at the beginning of this article that weren’t archived: the 1956 punch cards landed in the dumpster; the mannequin graced a prototype cubicle set up to familiarize IIP and ECA employees with their future work space in SA-5; and the rolls of red tape were handed out as mementos to deserving individuals.

As for that episode of “Moonlighting”— well, we left that behind for the next occupants of 301 4th Street as both an enigmatic welcoming gift and an enduring mystery of the universe.

This article originally appeared in a somewhat different form in PDAA World, a publication of the Public Diplomacy Alumni Association.

Domenick DiPasquale worked 27 years as a Foreign Service Officer with the U.S. Information Agency and the Department of State, serving in Ghana, Kenya, Brazil, Bosnia, Singapore, and Slovenia.  He currently writes on U.S.-European issues for the State Department website www.america.gov.